Click on the book below to read my review: Cyberpunk Tales by Ashley. L Hunt and Jordanna R. Forrest is a science-fiction trilogy that tells the story of Vivian Hsu, a young woman who has given up her former life of wealth and privilege in the corporate-run towers that rise above the remains of Washington, DC for the short and dirty life of a mercenary in the lawless sub-surface slums where the vast majority of the populace is forced to live. When Red Viper, as Vivian is known to those in the Sprawls, observes a man falling to his death and decides to investigate, she puts herself on a path that leads to corporate espionage, kidnapping, murder, and a pact with an ancient evil who threatens her with a fate far worse than death.

Although advertised as a “New SciFi Dystopian Thriller Suspense Occult Romance Series”, those readers looking for the typical run-of-the-mill paranormal romance will be disappointed as there is essentially no romance until well into book 3. Males readers should definitely not pass by this series due to the “romance” label. Those easily offended may also dislike the fact that the books contain a fair amount of cursing and one explicit sex scene, although both are quite appropriate for the characters and situations.

However, for those who love dystopic science fiction with heavy doses of advanced science, genetically- and technologically-enhanced humans, psychic abilities, loads of action, military grade tech, an imaginative setting, a well-crafted plot, believable characters, some great dialog, and a really kick-ass anti-heroine, you are going to love this series. Although the trilogy stands on its own with its well-defined beginning, middle, and end, I for one hope that the authors write more books about Red Viper. The characters and world they’ve created are too good to stop at only three books.
March 9, 2017 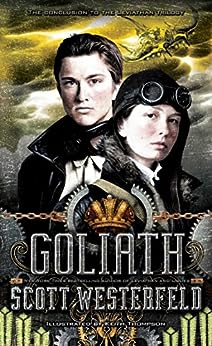 In the third and final book in this series, we follow the main characters across Siberia to Japan, across the Pacific to California, and across Mexico to New York. Whereas the Leviathan and the Behemoth were Darwinian artificial lifeforms, the Goliath is an electrical weapon created by Nicola Tesla.

At long last, Deryn and Alek finally get together when he gives up his claim to the throne of Austria-Hungary, and by joining a British secret service, they may well have further adventures in future novels of the series.
January 5, 2017

The first book in this series (which I finished yesterday) was so good that I immediately started the second book this morning. Luckily, it is the Christmas break, because I spent most of the day reading it, which is saying a lot considering the book is close to 500 pages.

In this second book, our two main characters travel to Istanbul, where they end up triggering a revolution against the sultan, thereby keeping Turkey out of World War I. The action and intrigue are nonstop, and it is interesting to see Dylan and Alex’s friendship and trust deepen during the course of the book.

In addition to the great writing, the book is chock full of wonderful illustrations. Kudos to the artist.

Book 3 is sitting on the shelf in my bedroom calling me. I am going to try and be strong and resist its siren call, at least for a week. I need to get back to working on my own book, Hell Holes 3: To Hell and Back. That said, don’t be surprised to see my review of the third book in the Leviathan Trilogy sometime within the next week or two. I’m dying to learn what happens to Dylan and Alex in the next book as they head off aboard the Leviathan to Japan.
December 29, 2016

This is probably the most creative steampunk book I have ever read. Whereas it is typical to place this genre in the Victorian England of the Industrial Revolution with amazing mechanical advances, the genius of this book is to add Darwinian genetic engineering. The book tells the stories of the first week after the assassination of Archduke Ferdinand that started the first World War with half of Europe consisting of Clank (mechanical steampunk) countries and the other half Darwinists (genetic engineering steampunk).

The book follows a young girl who sneaks into the Royal Navy as a boy and ends up serving on a living airship engineered from whale “heredity strings” and the son of the slain Archduke. The action is steady, the characters three-dimensional, the dialog (and terminology) interesting, and the plot plausible. I thoroughly enjoyed my time in Westerfeld’s world, and I am very much looking forward to starting the second book in the series tomorrow. If you are at all interested in Steampunk, I highly recommend this book. You won’t be disappointed.
December 28, 2016

The second book in the Girl Genius series of graphic steampunk novels, Agatha Heterodyne and the Airship City, begins when our heroine wakes up as a prisoner aboard a massive airship. This book introduces additional major characters and adds more to Agatha’s backstory. The plot, characterization, dialog, and artwork continue to be great. Now all I have to do is buy book 3.
December 26, 201

Girl Genius 1: Agatha Heterodyne and the Beetleburg Clank by Phil and Kaja Foglio
Great Initial Book in a Series of Steampunk Graphic Novels

Agatha Heterodyne and the Beetleburg Clank is the first volume in this long-running series of steampunk graphic novels. [Note: I tend to love all things steampunk, so this book was either going to have a leg-up on other books or be the source of great disappointment if done poorly.]

An excellent graphic novel requires the typical characteristics of a traditional science fiction book: plot, characterization, dialog, world-building, and (to a lesser extent) editing. It also needs great graphics. This book succeeds in both counts. December 19, 2016

Red Dot: Contact. Will the Gravest Threat Come from Closer to Home than We Expect? by Eugene Linn
First Contact: Hope or Fear? 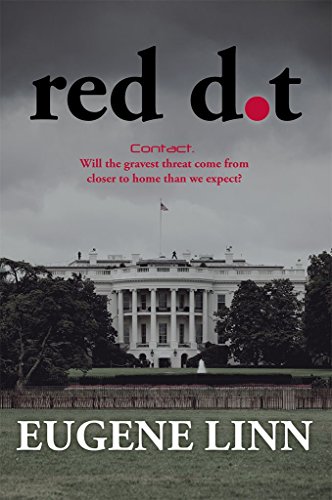 This well-written novel documents how people and societies might react to the knowledge that we are not alone in the universe. More specifically, it tells the story of how humanity reacts to the discovery of a fast-approaching alien spaceship and the unexplained appearance of thousands of mysterious red dots that appear overnight. (Note that for this reason, I would have named the book Red Dots, not Red Dot.) Much of the book seems to mirror current news, especially in light of presidential politics. The writing, characterization, and dialog seemed fine.

On the other hand, I found apparent problems with the alien’s spaceship and communications technology difficult to believe. While somewhat plausible, I found the ending of the book frustrating, and I suspect that other lovers of science fiction might feel the same way. Without revealing any spoilers, I wouldn’t be surprised if many readers would also prefer a different outcome.
November 3, 2016 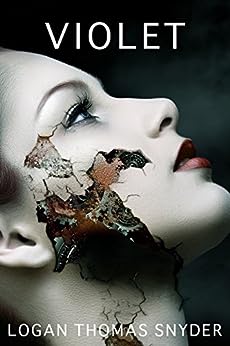 I enjoyed this book a lot and came to care for the main characters. I would have given it 5 stars but for two flaws: (1) It was never adequately explained where one character got sufficient money to buy his own submarine and (2) [spoiler alert] given that two characters were basically computer programs/data, why copies could not have been made so that if the originals were killed, they could be brought back to life. I understand that their deaths added to the story, but the obvious solution should have at least been mentioned and a plausible reason why it couldn’t work should have been given. The author should consider fixing these problems, which should only take a little rewriting. That said, it was a very good book, well-written and edited, and I would happily read another by the same author.
May 25, 2016